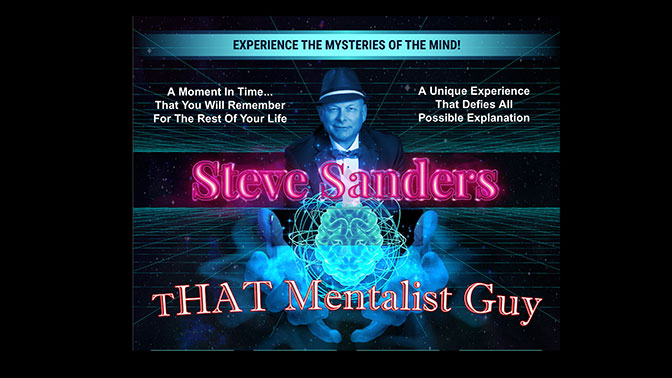 If you're looking for a once-in-a-lifetime event, make sure you see "THAT Mentalist Guy" while you're in Branson. This performance is perfect for anyone who wants to learn more about the mysteries of the mind. During the show, mentalist Steve Sanders will show you incredible feats of mind reading and mentalism, and what you witness will stay with you for a long time. This uplifting show is full of mystery and humor.

You can catch "THAT Mentalist Guy" from April through December at the Branson Star Theatre Complex. Shows are available on Thursdays and Saturdays at 5:00 p.m. This show is suitable for kids and adults, and you can wear casual clothing when you attend.

If you enjoy "THAT Mentalist Guy," you may want to see other shows at the Branson Star Theatre Complex. You could check out "The Best of Motown & More," "Nashville Roadhouse Live," "The Outlaw Eagles" and "Credence Coolwater Revue." For more magic and mind-bending acts, drop by "Reza Edge of Illusion," "Hamners' Unbelievable Variety" and "Rick Thomas - Mansion of Dreams." For even more fun, don't miss "The Haygoods" and "Amazing Pets."

What Is "THAT Mentalist Guy?"

This show involves feats of mind reading and mentalism, and it leaves many audience members amazed. Audience interaction is a key part of the performance. This show is one of the most unique events in Branson. Once you see it, you'll remember it forever.

Who Is the Performer in "THAT Mentalist Guy?"

"THAT Mentalist Guy" is performed by Steve Sanders. As an accomplished mentalist, Steve has performed around the world, and he now lives in Missouri. He is known for his uplifting, engaging performances.

Where Can I See "THAT Mentalist Guy?"

You can catch performances of "THAT Mentalist Guy" at the Branson Star Theatre Complex. It's located at 3750 W 76 Country Blvd.

This show runs from April through December. Prior to the start of the season, a few shows are scheduled on select dates in March.

From April through December, shows are held on Thursdays and Saturdays. All shows begin at 5:00 p.m.

Will Kids Enjoy This Event?

Yes, this show is fun for all ages. Many children are mesmerized by the performer's mind-reading powers, and they love the mystery and humor in this show.

Many adults are so amazed by the feats that are displayed at this show that they spend days or months trying to figure out how the acts were accomplished. The uplifting nature of this performance is particularly appealing to adults.

What Should I Wear to "THAT Mentalist Guy?"

You can wear casual clothing when you attend this performance. If you'd prefer to dress up, that's absolutely fine.

Can I Purchase Tickets for "THAT Mentalist Guy" by Phone? 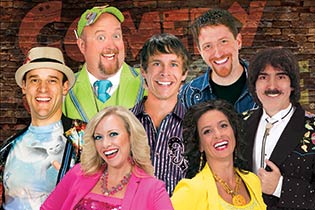