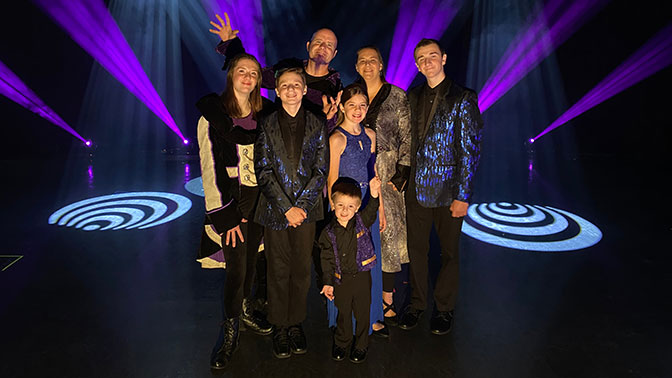 Be Amazed at the "Phil Dalton Theater of Illusion" Show

The "Phil Dalton Theater of Illusion" show is an awe-inspiring experience for audience members of all ages. Performed by Phil Dalton and his family, this show lets you witness fantastic, memorable illusions that will keep you guessing. You'll see people disappear and float above you, and you'll even see Phil seem to divide himself in two while standing.

This event is held at the Branson Star Theatre Complex. The theater won a Tripadvisor Travelers' Choice Award in 2021. Free parking is available at the venue, and there are plenty of accessible seating options.

Children ages 12 and under receive free admission to this performance, and you can wear casual clothing when you attend.

If you enjoy "Phil Dalton Theater of Illusion," you may want to see other magic shows before you leave. You could stop by "Reza Edge of Illusion," and you might like "Hamners' Unbelievable Variety" and "Rick Thomas - Mansion of Dreams," too.

What Is "Phil Dalton Theater of Illusion?"

This event is a magic show that's performed by members of the Dalton family. During this family-friendly show, you'll see many awe-inspiring feats. People will appear, disappear, and reappear, and you'll witness dramatic escape attempts. The performers will float above the stage, and you'll even see one performer give the illusion of dividing himself in half.

You can catch "Phil Dalton Theater of Illusion" at the Branson Star Theatre Complex. It's located at 3750 W 76 Country Blvd.

When Can I See "Phil Dalton Theater of Illusion?"

This show is performed from April through December. For most of the season, shows are held on Thursdays, Fridays, and Saturdays. On Thursdays, shows begin at 8 p.m. Friday and Saturday shows start at 2 p.m.

In October, you can see performances on Tuesdays, Wednesdays, and Thursdays. During this month, all shows will start at 10 a.m.

Yes, this show leaves both children and adults with a sense of awe. Children love seeing the people disappear and reappear on the stage. This show will keep kids guessing about how the magic tricks are done.

What Should I Wear to "Phil Dalton Theater of Illusion?"

Casual attire is suitable for this event. If you'd prefer to dress up, that's fine, too.

Where Can I Park When I Attend the Show?

The theater has a parking lot directly in front of the entrance. You can park there for free.

Is the Theater Accessible?

Yes, the Branson Star Theatre Complex has plenty of accessible seating. Wheelchair users and guests with mobility aids can be comfortable in their seats throughout the show.

Can I Purchase Tickets to "Phil Dalton Theater of Illusion" by Phone? 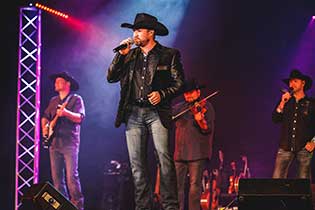