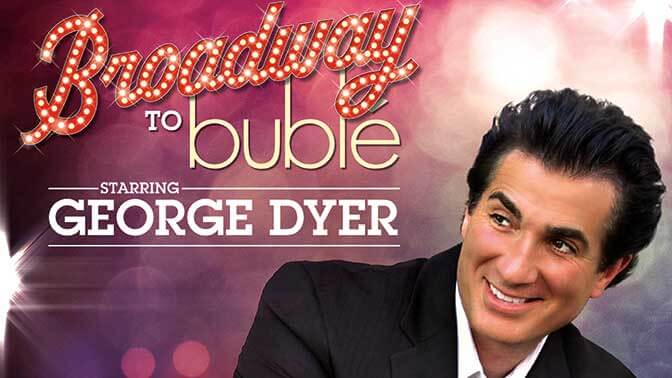 At "Broadway to Buble Starring George Dyer," you'll be mesmerized by the vocal talent of George Dyer, a classically trained tenor who has performed with the New York City Opera. During the concert, Dyer, his wife, and the other performers will enchant you with an array of songs from operas, Broadway shows, Disney movies, and more. Hits from "The Phantom of the Opera," "Hamilton," "Les Miserables," "Frozen," and "Moana" are a few of the favorites you'll hear during the show.

You can see "Broadway to Buble Starring George Dyer" at the Americana Theatre in Branson. The show is performed from April through June and from September through December. Throughout the performance season, concerts are held on Mondays, Wednesdays, and Fridays. Regular shows are held until October. In November and December, you can attend holiday-themed shows. All performances start at 10 a.m.

The Americana Theatre has special seating available for patrons with wheelchairs or mobility aids. Some seats include moveable armrests.

Audiences appreciate the uplifting nature of this show, and George is a charming performer who infuses the concert with lots of humor. After the performance, George and the other cast members will greet you in the lobby. They will sign autographs for you, and you can take photos with them.

If you enjoy Broadway to Buble starring George Dyer, you may want to attend other concerts in Branson. Fans of Broadway musicals will love "Smoke on the Mountain." For another uplifting outing, you may want to see "Dublin's Irish Tenors & The Celtic Ladies."

What Is "Broadway to Buble?"

"Broadway to Buble" is an uplifting musical performance by George Dyer, a tenor who used to sing with the New York City Opera and the Mormon Tabernacle Choir. George's wife also performs in the concert. During the show, audience members will hear some of the most famous classical, Broadway, and Disney tunes of all time, including songs from "Les Miserables," "The Phantom of the Opera," "Hamilton," "Frozen" and "Moana." Songs by Michael Buble are featured, too.

Where Can I See Broadway to Buble Starring George Dyer?

This concert is performed at the Americana Theatre. You'll find the theater at 2905 W 76 Country Blvd.

When Can I See "Broadway to Buble?"

The show runs from April through June and from September through December. Shows are available on Mondays, Wednesdays, and Fridays. Christmas shows are performed in November and December. All shows start at 10 a.m.

Will Kids Enjoy "Broadway to Buble?"

Yes, this concert is a family-friendly outing. George is a charming performer, and he includes humor throughout the show. Audience members of all ages love the uplifting tunes on the program, including Disney songs.

You can wear casual, comfortable clothing to see "Broadway to Buble." If you'd like to dress up, feel free to do so.

Yes, George and the other performers are happy to meet with you after the concert. You can chat with them, and they will take pictures with you if you wish.

Can I Purchase My "Broadway to Buble" Tickets by Phone? 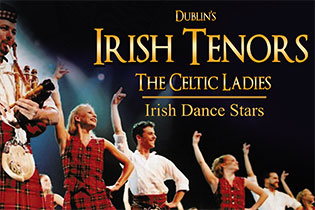