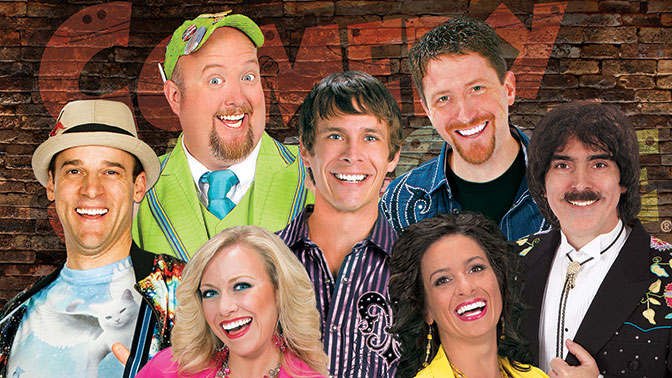 For hilarious jokes, high-energy music, and spirited dancing, don't miss the "Comedy Jamboree" performances in Branson. From country tunes to clogging and piano playing, this show will be one of the highlights of your trip.

"Comedy Jamboree" is performed from April through December. Shows are held at the Grand Country Music Hall, and most performances begin at 3 p.m. If you arrive 15 to 20 minutes early, you'll be able to enjoy the pre-show, and comedians will walk through the seating area to greet guests. You can choose to sit in the standard or VIP sections for this performance, and accessible seating options are available for wheelchair users and patrons with mobility aids.

If you enjoy "Comedy Jamboree," you may want to check out other comedy in the city. You could stop by "Amazing Pets," "Smoke on the Mountain" and "The Sons of Britches," and you might like "Down Home Country," too. For more jokes and laughter, make sure to visit the "Branson Murder Mystery Show."

What Is "Comedy Jamboree?"

"Comedy Jamboree" is a variety show that includes singing, dancing, and jokes. During the performance, you'll hear top country tunes, and clogging is featured in one of the dance segments. Adam, Applejack, and Stretch McCord entertain the audience with jokes.

Where Can I See "Comedy Jamboree?"

When Can I See This Show?

This show runs from April through December. Throughout most of the season, shows are held on Mondays, Tuesdays, Wednesdays, Fridays, and Saturdays. Occasionally, Thursday shows are available. Christmas shows are performed in November and December.

How Long Is "Comedy Jamboree?"

The performance lasts for around two hours, and a 15-minute intermission is included. The pre-show entertainment begins 15 to 20 minutes before the showtime printed on your ticket.

Yes, this family-friendly show will delight audience members of all ages. Kids particularly enjoy the jokes from Applejack and the other comedians, and the high-energy atmosphere of the show keeps them engaged for the entire time.

You can wear casual or dressy attire when you attend "Comedy Jamboree."

Can I Purchase "Comedy Jamboree" Tickets by Phone? 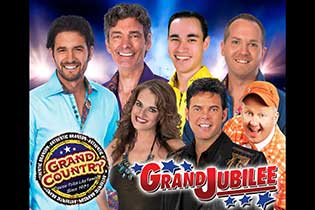