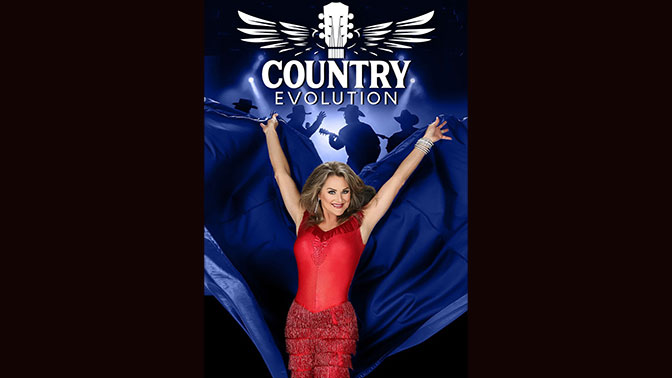 Journey Through the History of Country Music With "Country Evolution"

Whether you like classic country tunes or current country hits, you'll love "Country Evolution!" The concert takes you on a journey through the history of country music, beginning with Patsy Cline's hits and other early tunes and ending with present-day favorites by Miranda Lambert and other contemporary stars.

Dalena Ditto is the lead singer in this performance, and she's joined by "The Boys," her backup band. Dalena won Branson's Female Entertainer of the Year Award twice.

In addition to Dalena's solo numbers, some of the band members perform solo songs during the show, too. Audience members are invited to sing along with the performers on certain songs, and the performers talk about the history of many of the tunes.

"Country Evolution" is performed from March through December.[2] You're encouraged to arrive at the venue around 30 minutes before the show begins. In general, the show will last for up to two hours.

If you enjoy "Country Evolution," make sure to check out other country shows in town! You could drop by "Branson's Famous Baldknobbers" or "Clay Cooper's Country Express," and you might enjoy the "Absolutely Country, Definitely Gospel" show, too. If you're a fan of musicals, comedy, or gospel songs, you'll love "Smoke on the Mountain," an off-Broadway musical.

What Is "Country Evolution?"

"Country Evolution" is a musical performance that takes you on an auditory journey through the history of country music. Performed by Dalena Ditto and "The Boys" band, the concert begins with some of the earliest country hits, including songs by Patsy Cline, Kitty Wells, and Minnie Pearl. As the concert moves through the early days to current country hits, you'll hear songs by Johnny Cash, George Strait, Garth Brooks, Shania Twain, Miranda Lambert, Randy Travis, Tim McGraw, and other country icons.

Where Is the "Country Evolution" Show?

"Country Evolution" is performed at the Little Opry Theatre. The theatre is inside Branson's IMAX Entertainment Complex. It's located at 3562 Shepherd of the Hills Expressway.

When Can I See "Country Evolution?"

You can watch the performance from March through December. In most months, shows are offered on Tuesdays, Thursdays, and Fridays. Occasionally, you may be able to see the show on a Wednesday. All shows start at 5 p.m.

How Long Is the Performance?

The concert will last for up two hours.

You can wear casual or dressy clothes to this show.

When Should I Arrive for the Concert?

Please plan to arrive around 30 minutes before the show.

Yes, this show is entertaining for kids of all ages. Many children enjoy the way the performers invite the audience to join in for some of the songs and tell engaging stories during the concert.

What Amenities Are Available at the IMAX Entertainment Complex?

The complex has a refreshments area where ice cream is available for sale. If you're hungry for a meal, you can eat at McFarlain's Family Restaurant, the full-service restaurant inside the complex.

Can I Purchase My "Country Evolution" Tickets by Phone? 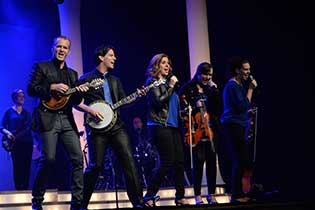