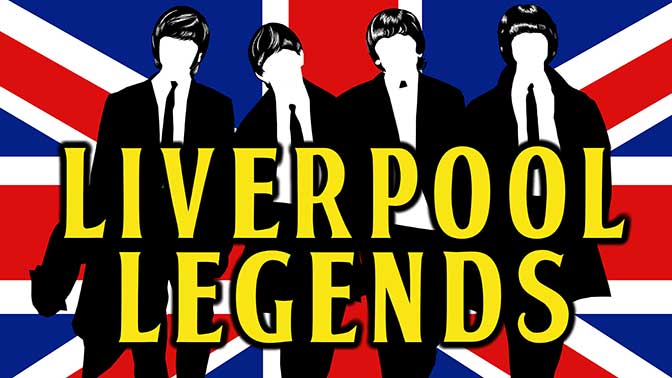 Hear Iconic Tunes by The Beatles at "Liverpool Legends"

The "Liverpool Legends" tribute show is a treat for all kinds of music lovers, especially fans of tunes from the 1960s. During the concert, an award-winning quartet of musicians will serenade you with iconic and nostalgic songs by The Beatles.

The members of the "Liverpool Legends" band were chosen by Louise Harrison, George Harrison's sister. The group was formed in 2005, and they have toured around the globe. In addition to performances at Carnegie Hall and the Rose Bowl, the quartet has made recordings at Abbey Road Studios in London. In Liverpool, the band had the honor of performing at The Cavern Club, a historic venue in the city.

In Branson, "Liverpool Legends" has won awards for the best show, best tribute show, and best band. At the Visitors' Choice Awards, the group won the award for entertainer of the year.

You can catch "Liverpool Legends" from May through October at the Andy Williams Performing Arts Center and Theatre in Branson. Afternoon and evening shows are available, and the concert lasts for around two hours. You can wear casual or dressy clothing for this event.

If you like "Liverpool Legends," you may want to explore other tribute shows in town. You could stop by the ABBA and Fleetwood Mac shows, and you might also enjoy "Carpenters Once More" and "New Jersey Nights."

What Is "Liverpool Legends?"

"Liverpool Legends" is a musical tribute to The Beatles. It was organized by Louise Harrison, George Harrison's sister.

During the show, you'll hear many of the songs that made the Fab Four famous. "Yellow Submarine," "When I'm Sixty-Four," "With a Little Help From My Friends," "Magical Mystery Tour," "Come Together" and "Here Comes the Sun" are some of the tunes that may be performed.

Who Are the Performers in "Liverpool Legends?"

Where Can I See "Liverpool Legends?"

You can catch this event at the Andy Williams Performing Arts Center and Theatre in Branson. You'll find the venue at 2500 W 76 Country Blvd.

When Can I See the Concert?

"Liverpool Legends" is performed in Branson from May through October. Generally, shows are available from Sundays through Thursdays.

On Sundays, Wednesdays, and Thursdays, the show begins at 7:30 p.m. Shows on Mondays and Tuesdays starting at 2 p.m.

How Long Is "Liverpool Legends?"

The performance will run for roughly two hours.

Casual clothing is fine for this event. If you'd like to dress up, feel free to do so.

Yes, this concert is fun for children. Many kids love the high-energy atmosphere of the show, and this event is a great way to introduce kids to the iconic music of The Beatles.

Can I Purchase "Liverpool Legends" Tickets by Phone? 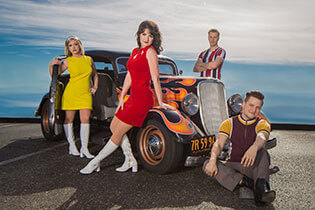 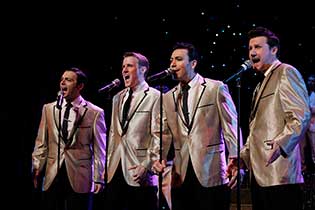